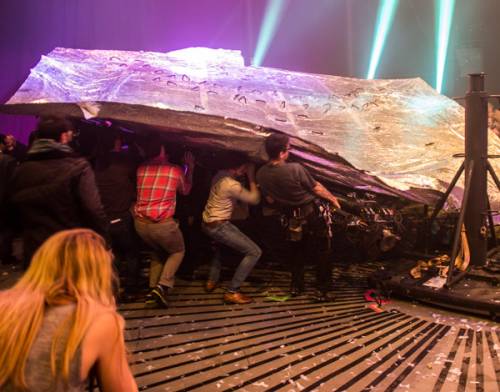 First, an apology for such a long gap between my last blog and this one. This was mainly due to circumstances beyond my control but really there is no excuse and I shall try to do better in the future. ;o )))....

When I was in Italy this Summer I was asked to do a portrait shoot for a new authoress who needed photographs to accompany a couple of news articles about her and also one for the cover of her new book which was about to be published.  The shoot was something of an improvised affair because I was travelling "photographically light" with no accessories such as lighting etc.. However all went reasonably well and I delivered the required package. No payment was involved as I did the shoot as a favour for a friend who is also a friend of hers.
I thought no more about it until she sent me a copy of an article published on the ANSA web site (ANSA is the Italian equivalent of Reuters or Agence France Presse).  I was surprised and a bit shocked to see that my portrait of her which headed the piece was marked "© ANSA" (even  despite my having been named in the article as the photographer).  Worse, when I clicked on the photograph to see a bigger version , the copyright of ANSA was repeated together with the warning that the use of that image was subject to "conditions".
I contacted her about this and she was as surprised as I was and immediately took steps to ensure that this would not happen again. Indeed, when a second article was published in the magazine "La Dolce Vita", the photograph was identified as " ©Steve Johns".
While on this occasion this was not a big deal, what happened certainly taught me a lesson about copyright protection which I shall carry forward.  Namely, whenever doing a shoot on order, draw up a contract - even if no payment is involved - which protects your copyright as author of the images while leaving the client their use as agreed.
On the other hand, I had no such problem with "The SUN" newspaper.  I was in the Camden Round House in London when a spinning trapeze "sail" with two acrobats still clinging to it fell, with its metal supports, onto the crowd below. I squeezed past the security cordon and took some shots with the Fuji X 100 I had in my coat pocket.  Back in my daughter's home in Hampstead I worked the most dramatic of them and sent them off both to the BBC and the "The SUN" newspaper.  The newspaper called me in the middle of the night to negotiate a price for one of the photographs and sent me immediately a contract which covered their use of the image and also my copyright.
One interesting thing that I learned from this which I would like to pass on is, if you are sending a photograph to a newspaper do not send it also to the BBC.  The night desk of "The SUN" asked whether I had sent it to anybody said "Pity! we could have syndicated it for you if you had given us an exclusive use clause and you would have had 50% of any payments" from other publications.  As it was, the BBC used several of my photographs of the event on the News and also made them available to other media.  For example "the Evening Standard" and "Metro" used them.  I received no payment either from the BBC or from the other media concerned although, on the positive side, they did give me credit for the photographs - and also interviewed me for part of a report on the accident.
To close, the Blog Photograph above is the one published by "The SUN". It is not great artistry, but captured the moment when it was all happening.
PRINT