The importance of “still” photojournalism 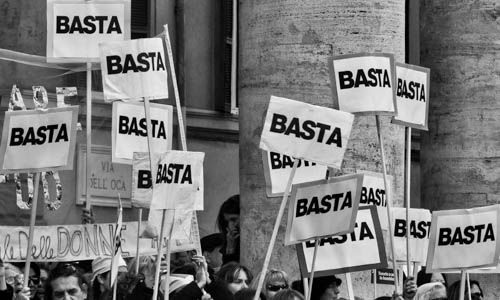 With the advent of globally accessible twenty-four hour news channels and real-time projection of events as they are happening, it might appear that the days of fixed images captured by “still” photojournalists are numbered but I do not share this view.

The explosion of video reporting which has largely taken over the story telling aspects of reportage has freed “still” photographers to concentrate on the essence of their craft which is to penetrate beneath the surface of events and seek out moments or details which capture what is going on without the distraction of a story line.

I believe that the concept of time as a constant linear progression telling a story is one of the fundamental philosophical errors. Rather, time is made up of a series of instants, each complete in itself. The intensity of these instants and how they interact with each other and our feelings determine how fast time appears to pass as well as what appears to happen.

Images of a number of instants within a given event, whether it be a disaster, a concert, a demonstration, a wedding, a sporting event or whatever, make us pause and to some extent deconstruct time, providing a better, often thought provoking, understanding of what is really going on.

In a similar way, the reality of a mass event - a demonstration, a football crowd, a happening - can often be best captured by concentrating on its components, the individuals who are part of it, rather than on the panorama of the event as a whole.

The “still” photojournalist who captures these instants and details produces unique image packages - the signature of every notable reportage.